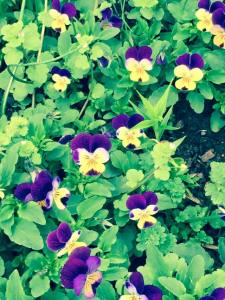 My grandmother, Hazel, was a woman ahead of her time. She was my father’s mother. And it wasn’t just my grandmother; her three younger sisters were also quite progressive. All four of them went to college and became teachers at a time when few women went to college, let alone four sisters who then became educators.

The family tree goes back several generations to The Mayflower.  We are proud descendants of those who left the religious repression of England, battled life-threatening and life-taking perils both at sea and in the untamed new Plymouth Colony. I’ve always said we come from good New England stock and my grandmother Hazel certainly epitomized that heritage.

Hazel Manchester was born in 1894 and died in 1996 at 101 years of age. She married Howard Hawkes in 1918 and had two sons: Robert (my father born in 1921), and H. Theodore (who was 5 years younger). She was a wife, a mother, a sister, a teacher, a grandmother, a voracious reader, a historian, and a well-known herbalist. She had amazing gardens and was well-known in the garden circles of Southern Maine as the Herb Lady.

I spent a lot of time with my grandmother, but I was quite the tomboy and didn’t appreciate all of the vast knowledge that she held. Lord knows she tried to teach me about bird identification and flower and herb identification, but truth be told, I was happier climbing a tree, swimming, or skiing. Fortunately for grandma, my cousin, Pamela, was the bookish, nature-loving granddaughter who soaked up all the gardening information that was lost on me.

The summer I was 12, my parents went to Europe and left me with my grandparents. Little did any of us know at the time, but I was to discover boys during their absence. Poor gran!  I was off with my girlfriends and new-found “boy” friends and she tried to keep tabs of me.  She knew the boys we were hanging around with, so that wasn’t the problem. She only knew how to raise boys and I was her oldest granddaughter.  I think she was flummoxed by how to handle my new-found independence.  I was always an independent child — good natured and never in any trouble. To my horror, she grounded me! Neither of us could wait for my parents to return.

My mother, bless her heart, thought it was funny, but, REALLY, did I have to discover boys while she was thousands of miles away? It took a while, but my grandmother and I did make up and had a wonderful relationship.

After my grandfather died in 1972, I spent part of a semester with her while I was student teaching. She loved my company in the big old house that no longer had my grandpa’s huge presence. She had dinner ready every night when I got home from school, exhausted from chasing elementary school kids all day in physical education. She was a good cook and made terrific apple pie. It was a special time.

The one pursuit that we did together (none of the other grandchildren did this) was to buy her pretty dresses and hats. It started as Christmas gifts, but then she would ask me to take her shopping. She loved my taste and I always seemed to find just the right outfit for church or the garden club or another event. Even better, were the compliments she received from family and friends. It made me proud to know that she like my style.

A couple of years later, she decided to downsize and move to an apartment. I helped her decide what to pack and what to sell and what to move. When we arrived at her new place, I helped her arrange furniture and put away her things. She always remembered how, unbeknownst to her, I had gone upstairs and made her bed up with fresh linens. It was important to me that she feel comfortable and cozy in her new home that first night. It was something so simple but meant so much to her.

Over the years, I became a really good granddaughter because of her. When I married Don, she thought I hit the jackpot. She could see how special he was. We got to see a lot of her because she lived with my parents for six months each year for about 10 years.

She lost her sight due to macular degeneration and it really narrowed her visual world, but not her world view. She listened to books on tape and she really enjoyed my dad reading to her. She listened to the news and McNeil and Lehrer and talked intelligently about world affairs. Hazel saw my mother, her daughter-in-law, as a saint, not only for the love she had for her oldest son but for being like the daughter she never had.

My grandmother was a remarkable woman. She lived an amazing life as a young girl; an educated woman who married a wonderful man who served his country; who loved her family, her heritage, and her country.